“It is hard to believe Bill Murray can mill about the course unattended without being mobbed by fans, but no one said the Ryder Cup was a normal event.”   Continue reading…

Saturday Afternoon:
I was surprised that Lee Westwood didn’t attempt his short birdie putt before Danny Willett’s putt on the 18th hole. Yes, he got to see the line by watching Willet’s putt. But the absolute last image a player should have while putting is that of a ball sliding past the hole. Those two missed putts were the difference between the Americans taking a 9.5 to 6.5 lead into singles versus a 9-to-7 lead — huge. 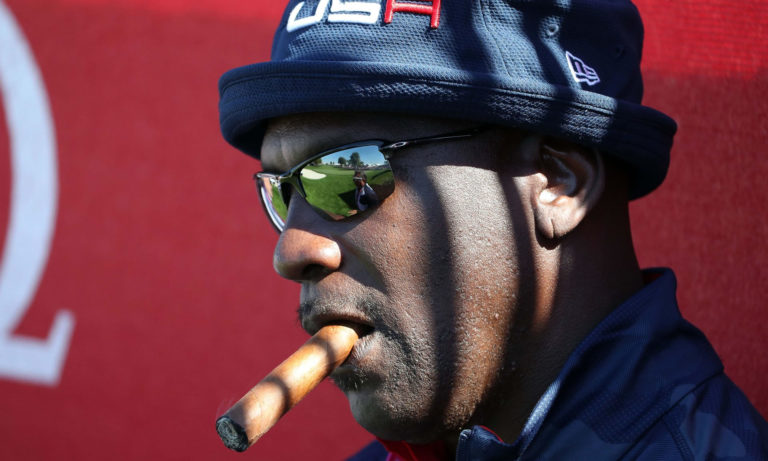 Michael Jordan’s place as a Ryder Cup vice-captain was one of the more bizarre, and unsuccessful, attempts by the USA in recent times to reverse fortunes. Jordan no longer occupies such a berth but remains a golf fanatic who is regularly seen playing at the Bears Club in Florida. Jordan also remains captivated by the Ryder Cup, it seems. He was back on property at Hazeltine on Friday, bedecked in American colours and a bucket hat but in the relatively cheap seats of a corporate area. Passers-by could not exactly miss him. Continue…